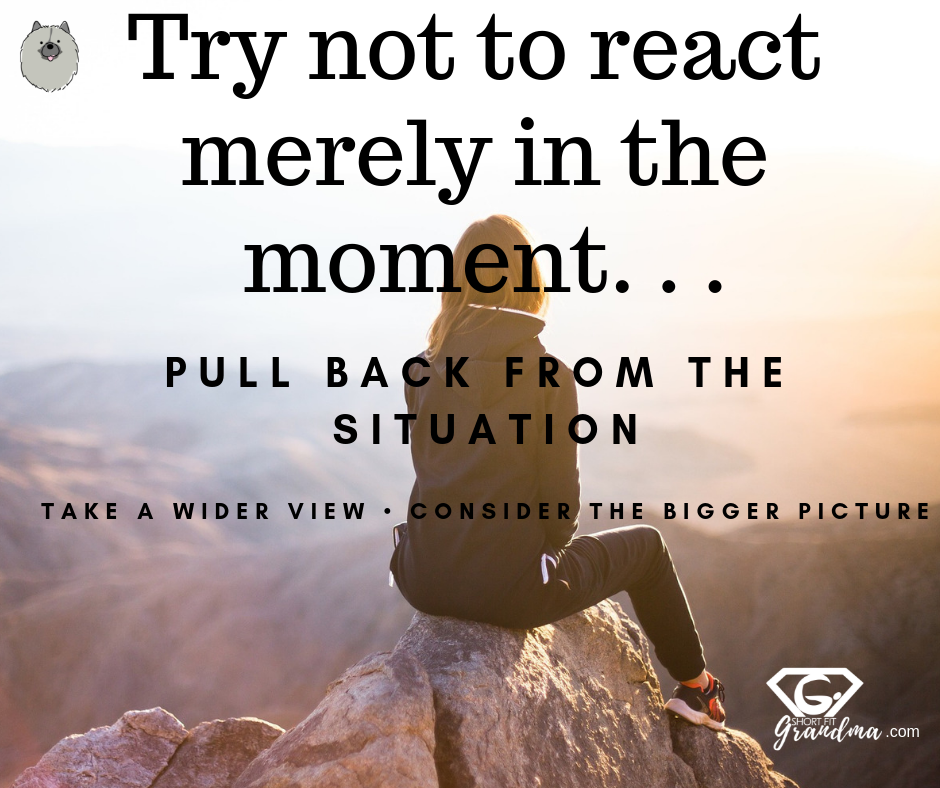 When I worked for a major newspaper in the 80’s (I was executive legal secretary to the General Counsel of the LA Times, which sounds much grander than it was. :)), I was also going through a pretty horrific divorce. It seemed like there was some drama every day where it was all I could do to keep my professional demeanor intact.

My boss would tell me that I ‘wore my heart on my sleeve’ – Not a compliment!  I was struggling to get both my children to daycare (in the opposite direction from work), get to work on time, be the professional at work, get back to the daycare to pick up the kids (and on the weekends where my soon to be ex would pick them up – get them home in time for pickup and endure remarks from that arena).  It really Was all I could do to not fall apart.

After months of enduring behavior and drama from both sides of my life and not react to everything around me, I ‘pulled back’ and considered the bigger picture.  My job at the LA Times was sweet.  I worked in the Publisher’s suite which was a place most employees considered the creme de la creme.  I started looking for another position closer to home, with hours where I didn’t have to ask to leave on time.  I eventually found one.

My new job was just that. A job. It was for less pay and didn’t have the all the perks of the Times, but what a difference!  I could get to the daycare on time, leave on time (most of the time) and no longer had to endure the remarks from the boss.  Of course, I still had my personal life to deal with, but at last they were (mostly) separate.

Stepping back, taking that wider view, making decisions that were best for my children and myself made such a difference that my new supervisor asked me one day about the ‘Joy’ that was on my face.  I already knew I had made the best decision for us as a new ‘single mom family’ but that certainly clinched it for me at the time.

Do I still react to things around me? Of course.  I’m human.  But when I remember to pull back and take stock of the situation and consider the bigger picture, it always turns out better.  Take that from a short fit grandma. 🙂