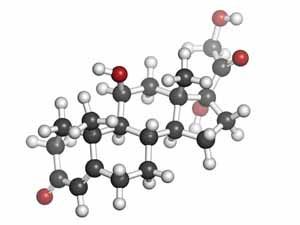 When the editors of Amazon.com reviewed the book Sugars That Heal, by Emil Mondoa, MD., they said, “Even tiny amounts of these sugars — or lack thereof — have profound effects. In test after test conducted at leading institutes around the world, these saccharides have been shown to lower cholesterol, increase lean muscle mass, decrease body fat, accelerate wound healing, ease allergy symptoms, and allay autoimmune diseases such as arthritis, psoriasis, and diabetes. Bacterial infections, including the recurrent ear infections that plague toddlers, often respond remarkably to saccharides, as do many viruses — from the common cold to the flu, from herpes to HIV. The debilitating symptoms of chronic fatigue syndrome, fibromylagia, and Gulf War syndrome frequently abate after adding saccharides. And, for cancer patients, saccharides mitigate the toxic effects of radiation and chemotherapy — augmenting their cancer-killing effects, resulting in prolonged survival and improved quality of life.”

Wow. That makes one want to learn more, doesn’t it? Can something so simple actually exist?  Aside from the saccharides research listed in the bibliography, the word glyconutrient appears to be made up.  That company claims that there are certain carbohydrates or sugars that are essential for good health and the only true way to get them in our diet is to purchase their product. I know for a fact that our diets no longer give us what we need on a daily basis.  In fact, as a bariatric patient I, myself, lack the ability to properly absorb all the nutrients I need on a daily basis.  So I am intrigued by a product that could possibly help, but still would like more evidence.  The evidence table I posted below isn’t very positive, but I will keep looking.

Basically, there are sugars we need and sugars we don’t need.  The 8 that are said to be essential are called glyconutrients.  They are listed below.

Glyconutrient research (glycobiology) has increased in the last few years. A leading manufacturer of glyconutrient supplements, however, was prosecuted by the Texas attorney general in 2009 for exaggerating the benefits of its product and was required to pay four million dollars in restitution to customers.

Studies have investigated the EFfect of glyconutrients on attention-deficit hyperactivity disorder (ADHD), cognition, immune function, failure to thrive, and myasthenia gravis (a neuromuscular disorder), and well-being. However, the scientific evidence is unclear. More research is needed before firm conclusions can be made.

According to the resources attributed below, because glyconutrients are considered herbs or a dietary supplement, there are also certain interactions to be considered:

For more information on the glyconutrient controversy, check out this site,   Per that site, Update: A search on Medline in Septmeber 2017 revealed no new studies published since 2009 when using the search word “glyconutrients”.